This weekend, Tom Brady will be leading the New England Patriots in the Super Bowl. And while over a hundred million people will watch him and his teammates clamoring for the championship on the field, a new Intel 360° ad has revealed that regardless of Brady’s disputable skill with a football, there is one thing he is definitely not a champion at: Oral hygiene.

The Intel commercial opens on Tom Brady waking up in bed with his dog. The voiceover tells the viewer that Intel’s 360° replay makes anything look epic, and proceeds to demonstrate this with a dramatic, slow-motion pan around Brady giving a wake-up yawn.

But when the commercial takes us into the bathroom to get a 360° replay of Brady’s tooth brushing habits, it becomes clear to any dentist that his oral hygiene is one area where Tom Brady isn’t going to be scoring any points. 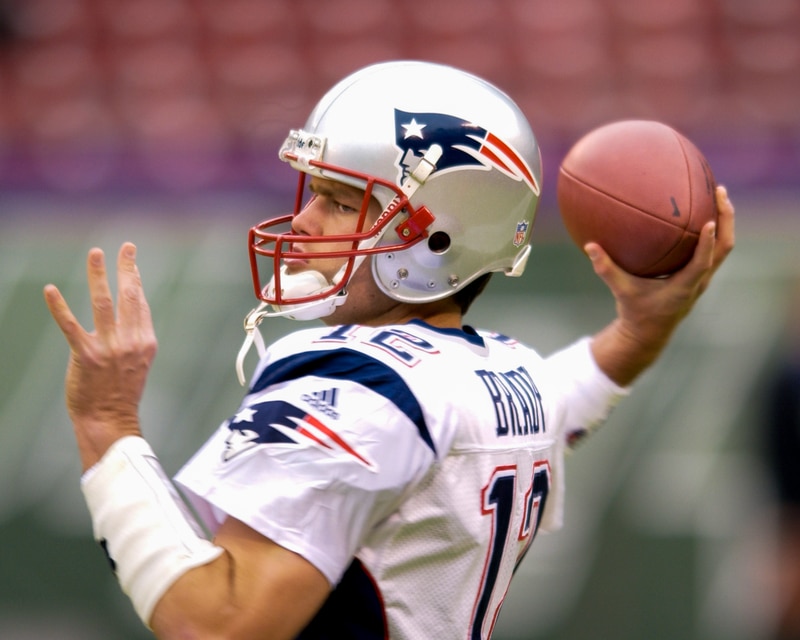 Brady’s tooth brushing technique is all over the place. The viewer is treated to an “epic” close-up of Brady making two fatal toothbrushing mistakes. First, he’s brushing far too aggressively — something that should perhaps be expected from a quarterback! Brushing too hard is a common oral hygiene mistake to make, but it can ultimately create more problems than it solves. Aggressive brushing can damage your gums, potentially leading to recession, and even erode your teeth over time. Instead, make sure you’re using a soft-bristled brush, and use gentle circular motions to brush over the surface of the teeth and along the gumline.

Though Brady’s speed may be a benefit during a football game, it’s a mistake when it comes to oral hygiene. In the commercial, Brady can be seen moving the toothbrush from one area of his mouth to another without spending even a few seconds on any specific teeth. At that rate, he’s likely to be done brushing in seconds — which is definitely not how long dentists recommend brushing for. To get a comprehensive cleaning, you should brush for two full minutes, making sure to dedicate equal time to every tooth.

But don’t start feeling superior to football superstar Tom Brady just yet — surveys show that 30% of Americans are brushing too quickly as well, and 23% aren’t even brushing daily. He isn’t the only one who needs to brush up on his tooth brushing technique!

If you haven’t examined your oral hygiene habits lately, this is a great time to read up on how to brush properly and implement what you’ve learned into your habits tonight and beyond. It’s also important to floss regularly and see your dentist for checkups and cleanings.
If you want to have the oral health of a champion, call (845) 627-7645 or contact us online to make an appointment with a dentist in Rockland County.