The Perfect Teeth of Ancient Romans

My mind always wanders when I think of the ancient city of Pompeii, which was encased in volcanic ash over 1900 years ago. I often wonder what was going through the minds of people as the volcano erupted and the sky was completely covered in smoke and ash fell like warm snow. I also wonder what a typical day was like in the life of a Pompeiian back then before their world fell down around them.

Scientists have recently shed at least a little bit of light on the dental hygiene of a select few who were caught in the wrong place at the wrong time. Scientists have begun doing CT scans of 86 plaster casts of the fairly preserved bodies of Romans who were caught in the eruption, and have revealed that they have some beautiful pearly whites lying underneath that plaster. 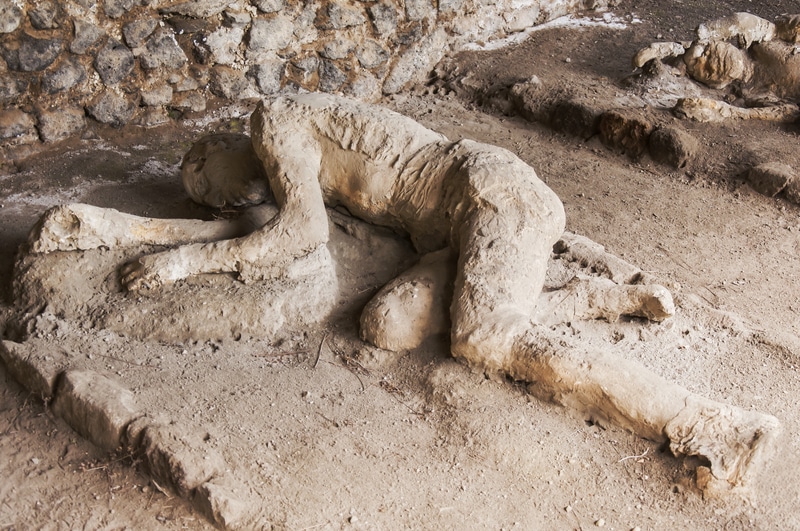 It is pretty surprising to think of people back then with healthy teeth. After all, they did not have the knowledge and tools we do now to maintain a healthy smile.

But people often forget that good dental hygiene begins with what you put in your body. Getting a good amount of vitamins, minerals, and proteins in your diet is important to promote good dental health. You also should watch out for certain foods that are sugary or acidic. This is one reason why ancient Egyptian mummies often have poor teeth. Obviously this is not just because their remains are thousands of years old otherwise this would apply to the Romans at Pompeii too!

Egyptians lived off a diet that was primarily composed of grains. They even had access to some sugar. As a result, their teeth were highly decayed. Romans, especially those in a coastal town like Pompeii, at a lot of seafood, which not only was full of a wide range of nutrients, but was very low in sugar. And as a bonus, seafood is very high in fluoride, so they were helping to strengthen their teeth without ever knowing why.

We might also speculate that part of the difference was related to their potent potables. In Rome, they consumed a great deal of wine, which has natural antibacterial properties and may have helped protect their teeth. The Egyptians, on the other hand, drank beer. Unlike modern beer, which has antibacterial hops in it, Egyptian beer was flavored with herbs because they hadn’t discovered hops yet.

It is important to follow a holistic approach to your dental health. Be sure to watch what you are eating (avoid acidic and sugary foods) and have a well balanced diet. You also need to make sure that you are visiting your dentist regularly in order to keep those teeth clean sparkly clean and to catch any issues early. To schedule an appointment with a Rockland County dentist, please call  for an appointment at B & D Dental Excellence.