On a recent episode of NPR’s Weekend Edition, host Scott Simon and author Dave Eggers—whose new novel, Heroes of the Frontier, follows the adventures of an out-of-work dentist and her two children—had a difficult time naming other literary protagonists who are dentists.

There are, however, a number of major fictional dentists (not all, alas, are heroes). In the case of Heroes of the Frontier, which was released in July and is currently on The New York Times best-seller list for hardcover fiction, Eggers said he chose the dental occupation specifically and with substantial thought.

A Book to Sink Your Teeth Into 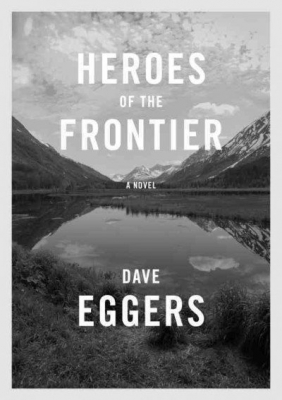 In Heroes of the Frontier, Josie, a Midwestern dentist who has given up her practice amid a wave of misfortune, packs up her two kids and heads to Alaska. “I like protagonists with occupations that are common and important and vital to the community, but you don’t see them that much in fiction,” Eggers explained in the July 23 Weekend Edition interview. “And so I happened to know some really fascinating dentists, and I’ve had a few friends from college who became dentists.”

One of those “fascinating dentists,” Eggers told Simon, is his children’s dentist, who funds documentaries as a hobby and whom the author described as a colorful, engaging figure. The goal with Josie, according to Eggers, was to create a “fully rounded and fully human character who happens to be a dentist.”

When Eggers and Simon attempted to come up with other dentist heroes, they were largely at a loss. Simon followed up on the July 30 Weekend Edition with a mea culpa: “(Eggers) and I agreed dentists are rarely major characters in literature. Boy, I was wrong. I’m glad I didn’t have to see my dentist this week. He might’ve said, ‘You have a huge cavity in your brain.’”

Among the fictional dentists Simon cited in retrospect:

Other notable dentists in print include:

Summer is a great time to catch up on reading. It’s also a great time to visit your dentist for a thorough exam and teeth cleaning or any desired cosmetic dentistry treatments, such as teeth whitening, before returning to work or school from summer vacation.