Sleep has attracted the attention of medical professionals for hundreds of years. Each day, we uncover more information related to how sleep benefits our bodies and our minds; however, we still aren’t exactly sure why we do it. That said, researchers have found some remarkable facts related to the manner in which many of us slumber. 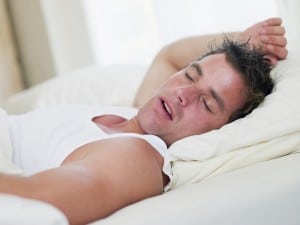 The majority of people believe they sleep in certain positions because they find them more comfortable. While this is probably true to a certain extent, a new study indicates that something more may be at play. Appearing in Men’s Health magazine, the research looked at the potential relationship between personality traits and sleeping positions. In the end, the study found that:

Sleeping Patterns Can Point Toward Problems

While some people are able to sleep in a single position an entire night; others toss and turn, because they suffer from sleep apnea, which promotes restlessness and frequent waking. Since it causes constant breathing disruptions, this dangerous disorder can make sleeping nearly impossible. It can also put a person’s health at risk.

Research has associated sleep apnea with all sorts of medical problems, from dementia to heart disease to cancer and more. If you or a loved one is suffering from this destructive disorder, contact Dr. Dunayer to learn about an effective, comfortable sleep apnea remedy that can promote clear, uninterrupted breathing and night after night of deep, restful sleep.