Why You Shouldn’t Wait to Treat a Toothache 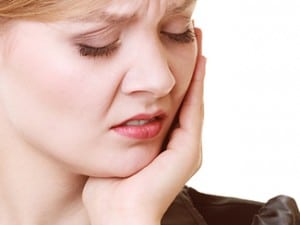 People suffering from toothaches often put off going to the dentist to see if the pain subsides on its own. In some cases, it does, but not always. Damage to our teeth can lead to inflammation of the dental pulp (called pulpitis), causing short-term or long-term pain. Dental pulp is the living soft tissue made up of blood vessels, nerves, and connective tissue encased by the tooth. Teeth have a limited amount of room inside, and there is not much space to accommodate swelling of the nerve tissue. When nerve tissue swells, pressure builds inside of the tooth.

Root canal therapy is one good method for treating pulpitis, and it’s the only way to treat irreversible pulpitis while saving the tooth. Unfortunately, a high number of people would prefer to avoid having root canal therapy because of the negative stigma attached to it. Some people break into a cold sweat even hearing the dreaded words “root canal,” and avoid seeking treatment.

The biggest irony is that a root canal reduces pain. Within the first week after the procedure, people report less pain from their recovering tooth than they experienced from the infected tooth before.

Pulpitis can be caused by tooth decay, food being impacted in the gum, gum disease, trauma, or cracks in the tooth. This damage causes irritation, leading to the inflammation of the dental pulp. Pulpitis is generally categorized in two types: reversible pulpitis and irreversible pulpitis.

Reversible pulpitis is usually characterized by tooth sensitivity when exposed to hot and cold temperatures. Sometimes afflicted teeth are also sensitive to sweets. Pain from exposure to these stimuli usually does not last long. Depending on the extent of the damage, removing the decay and covering the tooth with a crown can sometimes resolve the problem. In some cases, antibiotics or anti-inflammatories may also help to reduce swelling and infection.

Like with reversible pulpitis, sufferers of irreversible pulpitis will experience sharp sensitivity to temperatures and sweets, but the pain may last for a while after exposure. A continuous low-grade ache often accompanies this heightened sensitivity, and swelling may be visible around the gum line. Over time, the pressure from the swollen nerve tissue presses on the blood capillaries and cuts off blood flow. With less blood flow, the nerve begins to die, but it does not die all at once. Parts of the nerve die off, causing higher and higher levels of pain. Teeth with irreversible pulpitis can be treated either through root canal therapy that removes the damaged pulp, or by extracting the tooth.

When faced with the option to either have root canal therapy or extract the damaged tooth, many people would prefer having a tooth extraction. Root canals have been envisioned as being one of the most painful procedures in dentistry. With technological advancements now making them faster and more efficient, root canal treatments are more comfortable than they were years ago. Rather than causing prolonged pain, this treatment helps to alleviate long-term suffering.

Although extractions are an option for treating irreversible pulpitis, it is generally not as recommended as root canal therapy. The removal of a tooth means you will need a dental bridge or an implant to fill the space in order to keep other teeth from shifting over or becoming damaged because of imbalanced bite forces. Although it is true that dental implants are a good option when replacing lost teeth, preservation of the natural tooth is preferable whenever possible.

If you are experiencing tooth pain from hot and cold drinks, or sweets, please call 845-627-7645 for an appointment at B & D Dental Excellence in West Nyack.