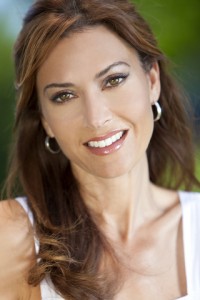 Recently, a group of researchers, aptly named the Face Perception Group, conducted a study to find out what particular features attract a woman to a man. The group used 34 photos of Caucasian males and 41 of African males to gather research on the topic. Each photograph was taken in a controlled environment and shown to women of various ages and ethnicities.

Findings from the study showed that, despite age and race differences, women were most attracted to men whose skin showed a golden hue. The golden tint of the skin is generally related to an overall healthy being, which has been shown to be a physically appealing trait.

The study ultimately proved that the color and tinting of our skin is a major factor in attractiveness and appeal. The color and hue of our skin – especially on our face – relies on the quality of both our everyday diets and our sleeping patterns. The carotenoid pigments in the skin are affected by the amounts of fruits and vegetables in our diets, and as these levels increase, our skin shows a much healthier golden glow.

Though a healthy diet plays a large role in the color of your skin, receiving quality sleep each night can also boost the golden hue that women seem to enjoy. Those who do not get the recommended 7 to 9 hours of quality sleep per night often look pale compared to people who receive plenty of sleep. This occurs because, as you sleep, melatonin levels in your body are being regulated, and this maintenance can easily be interrupted when quality sleep is not continuous throughout the night.

Suffering from poor quality sleep can be caused by most anything. Sleepless nights could be due to an uncomfortable sleeping position or increased stress, or could be caused by an underlying sleeping disorder, such as sleep apnea. Sleep apnea causes people to stop breathing while they sleep and can disrupt your quality of sleep, resulting in fatigue and drowsiness and affecting the way you look to others.

If you are interested in learning about sleep apnea treatment options that may work for you, call or email Dr. Dunayer at his dental office today to schedule a consultation. Get quality sleep again, and gain an attractive golden hue.