One of the most important things you can do for your oral health is eating a healthy diet. This may even be more important than brushing and flossing, although if you want to be healthy, you shouldn’t choose one or the other–both are necessary!

The problem is figuring out what, exactly, is a healthy diet. Paleo diet advocates suggest that the best diet is one modeled on what our ancient ancestors ate. They say that to stay healthy–including maintaining good oral health with few cavities and gum disease–we should mostly eat meats, fruits, and vegetables and avoid grains. However, a new study shows that people have been eating bread for much longer than we previously suspected.

This reminds us that grains are not inherently a problem when it comes to maintaining oral health. Instead, it’s sugars that are responsible for feeding bad bacteria that cause cavities and gum disease. 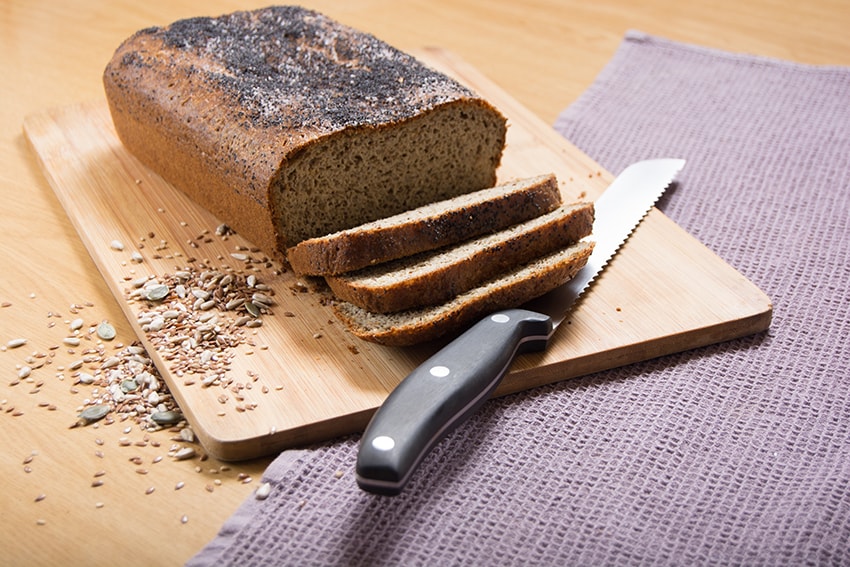 Some people used to believe that bread was an innovation related to agriculture. As farmers created an increasing stock of grains, they needed ways to make these grains more consumable. Initial grain cultivation may have been inspired by a need for more grain for beer, or it might have been an accidental innovation. Previous discoveries of breads dated to around 9-10,000 years ago, when agriculture was well-established.

However, this new discovery pushes back the origin of bread about 4000 years, well before the Agricultural Revolution. The traces of ancient bread were discovered at a hunter-gatherer site in northeastern Jordan. When researchers excavated the site occupied by Natufian hunters, they came across food debris in the cooking fire that “looked like what we find in our toasters,” according to the archaeologist who discovered them. In other words, it looked like bread, so she took it to a colleague who confirmed that, yes, it was bread. Carbon dating at the site puts it at about 14,000 years old, making it the oldest bread ever.

Equipped for the Job

Discoveries at other sites show that the Natufian hunters had a lot of equipment dedicated to the harvesting of grain. They had flint sickle blades and ground stone tools for turning wheat into flour. In fact, analysis shows this bread contained wild varieties of barley, oats, and einkorn (wheat). These had all been ground, sieved, and kneaded before they were cooked. The bread had no leavening, making it similar in composition to flatbreads found in later sites from Turkey to Rome.

This discovery shows us that bread was a common dietary staple for thousands of years before people began to experience widespread tooth decay. This makes it very unlikely that bread itself is the culprit behind the modern pandemic of tooth decay.

For our paleolithic ancestors, sugar was generally rare, and so was tooth decay. When they discovered local sources of high-sugar foods, they experienced tooth decay, as happened at site known as Grotte des Pigeons. This site was roughly contemporary with the breadmaking site, but 94% of the people in this settlement had tooth decay, thanks to the presence of sweet acorns, which created a sticky, sugary paste when cooked. On the other hand, cavities were rare for Romans, who ate plenty of bread.

And, of course, modern tooth decay mirrors the spread of refined sugar. So it’s sugar and not bread that you should be cutting out of your diet if you want to improve your oral health. Of course, it’s important to remember that many breads made these days have added sugar, too.

Are You Looking to Maintain Good Oral Health?

It can be hard finding a diet that’s good for your teeth. It’s not always enough to just eat sugar-free products or other so-called healthy foods..

If you are looking for a partner who can help you maintain good oral health in Rockland County, experienced dentist Dr. Mark Dunayer is prepared to help. To learn whether he is the right dentist for you, please call (845) 627-7645 today for an appointment at B & D Dental Excellence.