Dr. Irving Peress became a New York City dentist in 1940, after graduating from New York University Dental School. He practiced dentistry quietly for several years, until he was drafted by the US Army, then targeted by Senator Joe McCarthy as being a communist infiltrator.

From Volunteer to Reluctant Warrior to Suspected Spy 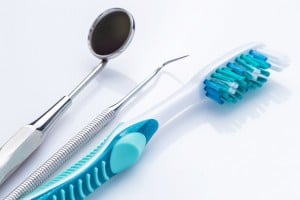 When Dr. Peress graduated from dental school, WWII was raging, and he sought to become an Army dentist. However, at the time he was rejected because he had a hernia. Over the next decade, the New York dentist had built up a thriving practice, so when the Army came knocking at his door in 1952 during the Korean War, he didn’t want to be drafted. He put on extra weight hoping to fail his physical because of hypertension, but he passed anyway.

As a dentist, he was entitled to an officer’s commission, and he applied for one. As part of his application, he signed an oath that he had never been a member of an organization seeking to overthrow the US government by unconstitutional means, but when he was asked if he had ever been a member of the Communist Party, he invoked the Fifth Amendment. This put him on the government’s watch list. But it didn’t stop him from being promoted along with hundreds of others. The promotion was routine and bureaucratic, but when Senator McCarthy heard that someone on the government’s watch list was promoted, he flipped out.

“Who promoted Peress?” became a rallying cry for the anti-communist forces, and Dr. Peress was hauled in front of McCarthy’s committee and questioned vigorously, always pleading the Fifth Amendment when asked if he had ever been a member of the Communist Party, but also reaffirming that he had never belonged to an organization that sought to overthrow the US government violently. The NY dentist quoted Psalms: “His mischief shall return upon his own head and his violence shall come down upon his own pate.” He also said that anyone who equated invoking Constitutional privilege with guilt was themselves subverting the principles of the US government. In a later interview, he compared his own invoking of the Fifth Amendment with that of Oliver North.

Although Dr. Peress was not convicted of any criminal activity, many patients stopped coming to his New York dental office because of the publicity. His house was stoned. His wife Elaine was even forced to resign from her position as editor of the PTA bulletin. Even Peress’ daughter was the victim of suspicion: her Brownie pack was warned to be wary of subversion.

Despite the negative attention, the New York dentist rebuilt his practice, which he sold in 1980 and retired from dentistry in 2003.

His wife passed in 2012, and Dr. Peress followed her in late November, at the age of 97. Although several Army officials were forced to resign over the Peress scandal, to the last he blamed his promotion on a bureaucracy that just didn’t pay attention to what it was doing: “Somebody was eating lunch or making a telephone call when my promotion passed across their desk. I slipped through.”