No Glossing Over the Facts on Flossing; Many of Us Aren’t

What was already something of an open secret was confirmed earlier this month when a Centers for Disease Control and Prevention (CDC) report revealed that many Americans aren’t flossing at all, and most aren’t using dental floss at the minimum levels recommended by the American Dental Association (ADA).

Flossing is an important part of preventive dental care, and flossing at least once daily after brushing can help reduce the risk of tooth decay and gum disease. If allowed to progress, periodontal disease can contribute to a number of oral health problems as well as a heightened risk for high blood pressure, heart disease, stroke and some cancers. 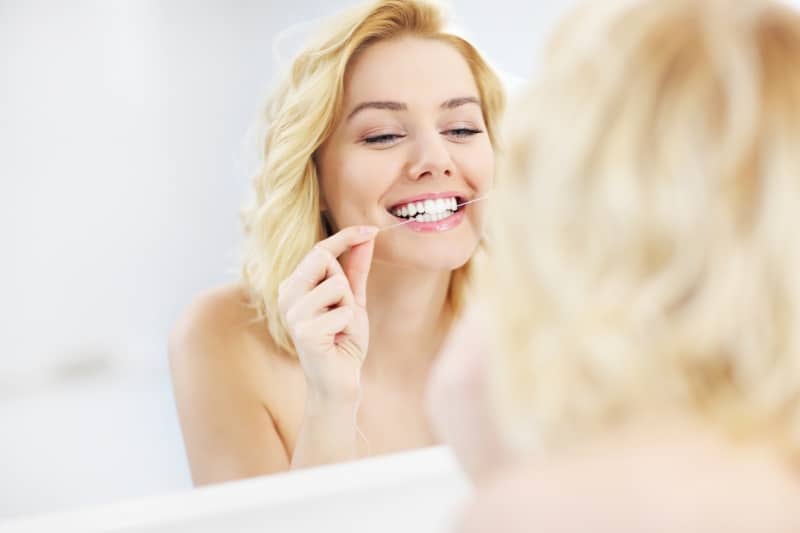 Our flossing failures were put in context by the CDC’s recent Epidemic Intelligence Service (EIS) report, which was based on a three-year span of data from the National Health and Nutrition Examination Survey. According to the data:

A U.S. News & World Report article on the study notes that little thorough national analysis has previously been devoted to Americans’ flossing habits, despite flossing’s role in preventing periodontal disease. The CDC report links a lack of flossing to gum disease, and states that nearly half of American adults suffer from periodontal disease.

The U.S. News & World Report piece also notes that most dentists were not surprised by the information. In fact, the CDC review echoes aspects of a 2015 survey conducted on behalf of the American Academy of Periodontology.

That survey found that 27 percent of American adults lie to their dentists about how often they floss. The same survey revealed, somewhat humorously, that 36 percent of us would rather do an “unpleasant activity” (think: clean the toilet or sit in traffic) than floss.

Although flossing isn’t necessarily fun, and it doesn’t give you the refreshing gratification of brushing your teeth, its benefits are significant. An NPR feature on the 2015 survey describes how flossing removes plaque, the film of bacteria and saliva that provides the foundation for tooth decay and gum disease.

Plaque that accumulates can progressively harden into tartar. When plaque builds up below the gum line, it can become inflamed and, eventually, infected; this is periodontal disease.

Flossing: It’s Not So Bad

Some readers may have grown up in eras in which dental floss options were limited to a box of waxy string. Today, there are a number of flossing products available at pharmacies and other retailers:

And flossing itself is pretty easy. On its flossing page, the ADA recommends flossing at least once daily and has tips for flossing practices; just an extra couple of minutes a day can help prevent gum disease and the costly problems that follow.

If you live in Rockland County and you’re due for a dental checkup, or have noticed swollen or bleeding gums, please call B&D Dental Excellence at (845) 627-7645 to schedule your appointment. West Nyack, NY, dentist Dr. Mark Dunayer is dedicated to helping patients achieve and maintain healthy, beautiful smiles.