New York Dentist May be MVP in Knicks’ Noah Deal

The 2016-17 NBA season kicked off this week, and hope springs eternal for the New York Knicks, who made some key additions in the offseason.

One of those acquisitions was facilitated by a New York dentist. 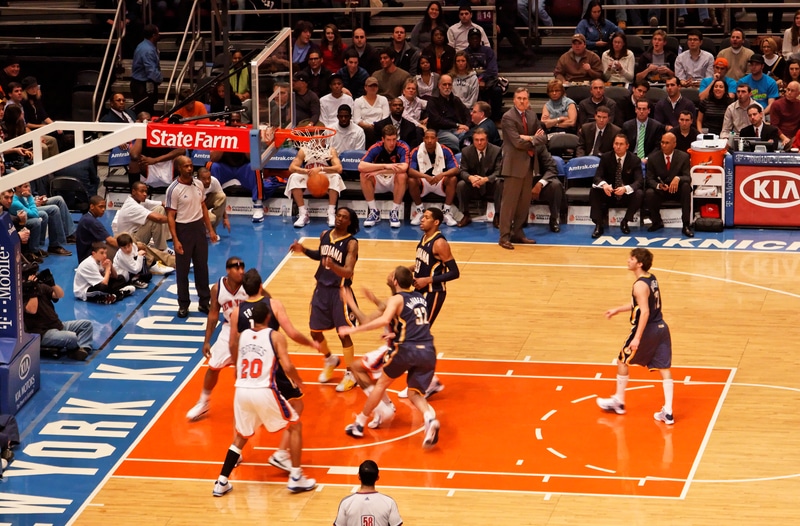 Joakim Noah: All Smiles in NY

A two-time All-Star and the 2014 NBA Defensive Player of the Year, center Joakim Noah spent the first nine years of his professional career with the Bulls. In July, the New York native signed a four-year contract the Knicks.

When he was introduced by the team, Noah said, “Shout out to the dentist.”

“The dentist,” according to a recent ADA News report, is Dr. Daniel Rudolph of New York City. And the story that led to Noah’s signing begins in 1971, 14 years before the popular, high-energy player was born.

The Dentist and the Zen Master

In 1971, legendary coach and current Knicks President Phil Jackson was a Knicks forward who participated in pickup games at a Greenwich Village gymnasium. Among the other regular, non-NBA players was Rudolph, who had recently launched a nearby dental practice and happened to be Jackson’s dentist of choice.

As a New York Daily News article notes, the two men developed a friendship during Jackson’s playing days in New York that endured the ensuing decades, when Jackson embarked on a coaching career that saw him win a record 11 NBA championships and earn the nickname Zen Master for an approach influenced by Eastern philosophy. Rudolph and Jackson occasionally sit together at Knicks games, and Rudolph even attended the wedding of Jackson’s daughter.

The weekly pickup games where Jackson met Rudolph continue to this day, and some of Noah’s friends are regulars. Noah heard stories about Jackson, of whom he was a fan, and with the help of his agent—who happened to be an acquaintance of Rudolph’s son—he tracked down Rudolph and asked for an introduction.

Jackson and Noah hit it off, and when Noah’s contract with the Bulls expired, Jackson and the Knicks were waiting. The move brings Noah home to New York, provides the Knicks a much-needed boost on defense, and gives Dr. Rudolph a new client.

The 2016-17 Knicks offer some reasons for optimism. In addition to Noah, the team also acquired three-time All-Star and 2011 MVP Derrick Rose to complement returning forwards Carmelo Anthony and Kristaps Porzingis, the latter of whom is coming off of an impressive rookie year. Hopefully, at least, they won’t perform worse than last year’s 32-50 record; that campaign, to use a dental analogy, was like pulling teeth.

As with basketball, defense is key when it comes to protecting your oral health. Rockland County cosmetic dentist Dr. Mark Dunayer emphasizes preventive care, and offers a spectrum of general and cosmetic dentistry treatments to restore and maintain your smile. If you’re seeking an experienced, compassionate dentist in the Nyack, NY, area please call B & D Dental Excellence today at (845) 627-7645 to schedule your appointment.