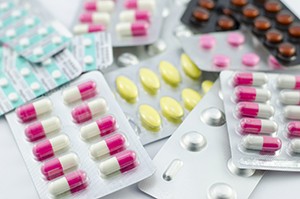 Gum disease and cavities caused by abundant bacteria in the mouth are among the most common health problems worldwide. Regular cleanings and consistent oral hygiene can help reduce the amount of bacteria in your mouth and protect your overall health. Even if you practice good oral hygiene, you will be prescribed antibiotics as a preventative measure against infection prior to and following most major dental work. Due to the increasing number of antibiotic-resistant bacteria, conventional antibiotics as we know them today may be less effective in a few decades. Before that happens, medical researchers are looking for alternatives, and may have found a good candidate: graphene oxide.

Superbugs: Survival of the Fittest

When antibiotics do not kill all of the intended bacteria, the surviving cells are able to produce new superbugs with resistance to the antibiotic. In many cases, using antibiotics when a patient is not sick can cause these resistant bacteria strains to develop. The problem is not caused by misuse alone. Sometimes, mutations give bacteria an advantage over modern medicine. Resistance through mutation is inevitable, but would be a slower process than the current rate that superbugs are developing.

The World Health Organization (WHO) released their first global report on the improper use of antibiotics worldwide in April 2013. They found that antibiotic resistance is on the rise around the world. With global commerce taking people and goods around the world, these strains can spread quickly from country to country, making this a serious global health concern. On April 29th of this year, the WHO reported that worldwide, efforts to repress the development of resistant strains are still lacking.

Only 34 of the 133 countries participating in a survey conducted by WHO researchers have comprehensive national plans to combat this growing problem. In the upcoming National Health Assembly in May, the WHO is supposed to release a global action plan to control antibiotic use by spreading awareness and promoting the production of alternative medications.

Antibiotic Use in Dentistry

Dentistry uses antibiotics to help fight oral bacteria. They are usually prescribed prior to major dental work such as oral surgery or placement of a dental implant as a preventative measure. Killing oral bacteria before they can cause an infection is important for your comfort and speedy recovery. Antibiotics may also be prescribed to fight advanced gum disease, in addition to other gum therapy procedures, in order to slow the progress of bacteria,.

Graphene as a Possible Alternative

Unfortunately, some of the bacteria that cause gum disease and tooth decay are also developing antibiotic resistance. In the quest to stay ahead of superbugs, a recent study found that graphene oxide (carbon nanosheets studded with oxygen groups) have an antibacterial effect on oral bacteria. Researchers tested graphene against three different species of bacteria that are linked to tooth decay and gum disease. Similarly to antibiotics, graphene damaged the cell walls of the pathogenic cells and slowed their progression. Their findings show promise for future dental application of graphene. Current antibiotics are an effective means of preventing and treating oral infection, but it is good to have a backup plan in case antibiotics lose the battle with bacteria.

As long as you take the full amount that you are prescribed, antibiotics do help fight and prevent disease. Dentists use antibiotics before and after major dental work such as root canal therapy or the placement of an implant in order to kill off any bacteria that could cause an infection in your healing tissue. Infections are not only painful, but can result in tooth loss. Left alone, infections can spread into your jawbone or travel to other parts of your body.

If you need major dental work such as implants or root canal therapy and would like to learn more about your treatment options and care, please call (845) 627-7645 or contact us online for an appointment at B & D Dental Excellence in West Nyack.