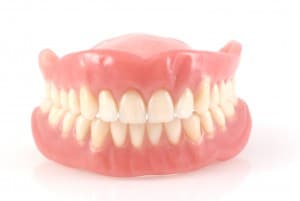 George Washington, first president of the United States, and Father of His Country is probably our most storied president. As one of the founding fathers, Washington’s history is widely studied in schools, and we even commemorate his birthday every year in February. Among the stories that everyone has heard is Washington’s wooden teeth. This isn’t strictly accurate, but by the time that he became president, Washington wore clunky dentures that largely undermined his abilities and confidence later in life. He went through several sets of dentures, many of which are now on display in museums.

George Washington first developed tooth problems in his twenties, several years before the American Revolution. He complained of frequent toothaches, decay, and even tooth loss. Tooth ailments were not uncommon in the 1700’s, often caused by low-nutrition diets, mercury-based medication, and a lack of oral care. To fight his dental woes, Washington employed a range of tooth cleaning techniques and medicine, but the deterioration of his oral health continued. Tooth extractions became a yearly occurrence. He also experienced gum inflammation and infections under his teeth.

Prior to the revolutionary war, a dentist named Dr. John Baker fashioned Washington’s first pair of partial dentures. He used ivory for a somewhat more natural look, and wired the uncomfortable contraption to Washington’s remaining teeth. Despite Washington’s best efforts, his new half dentures were not the end of his denture needs. Throughout the American Revolution, Washington had several dental visits to tend to his continuing tooth problems.

By the time of his first inauguration in 1789, only one of Washington’s natural teeth remained. He gave his first inaugural speech with dentures crafted by John Greenwood. Despite popular rumors today, his dentures were not made of wood. These new dentures were constructed using a hippopotamus ivory base, ivory teeth in the top row, and 8 human teeth in the bottom row fastened by golden posts screwed into the base. The whole contraption was secured by spiral springs. Greenwood even made a hole to accommodate the remaining tooth. Thanks to these dentures, George Washington was able to enter his presidency with what looked like a full set of teeth. Even though they were hi-tech and natural looking for the time, these dentures gave Washington a great deal of trouble.

Washington’s false teeth were uncomfortable to wear, and did not hold together well. Many correspondences exist between Washington and his numerous dentists about teeth working themselves loose, or parts breaking. He constantly needed repairs done to keep his dentures looking nice. Washington also wrote to Greenwood and other dentists about the way that his dentures disfigured his face. They pushed his lips out, giving him an unnatural appearance. Another problem was that the dentures creaked and clicked when he opened or closed his mouth, and made his words come out slurred. Some speculate that the dentures were why this stone-faced president rarely smiled, and spoke little.

Dental care has improved significantly since Washington’s time. Modern dentures are designed with comfort and functionality in mind instead of just looks. If lost teeth are impacting your confidence and making everyday tasks like eating and speaking difficult, dentures may be right for you. Dentures offer support to your facial muscles so that you do not develop a sunken look from missing teeth. They also will improve your speech because your teeth play a huge role in the formation of sounds.

At B & D Dental Excellence, we craft custom partial and complete dentures that suit your dental needs. Your new dentures will be sculpted to comfortably fit in your mouth without negatively impacting the shape of your face. The teeth will also be closely color matched to your natural teeth so that your new teeth look natural.

If you would like to learn more about what dentures can do for you, please call us at 845-627-7645 or contact us online for an appointment at B & D Dental Excellence in West Nyack.