Fruit Juice May Do More Harm Than Good

What’s in your child’s sippy cup? If it’s fruit juice, the American Academy of Pediatrics suggests you may want to reconsider.

While fruit juice may seem like a healthy and harmless drink, for kids under 12 months, research shows it may be doing more harm than good when it comes to both oral health and overall health. 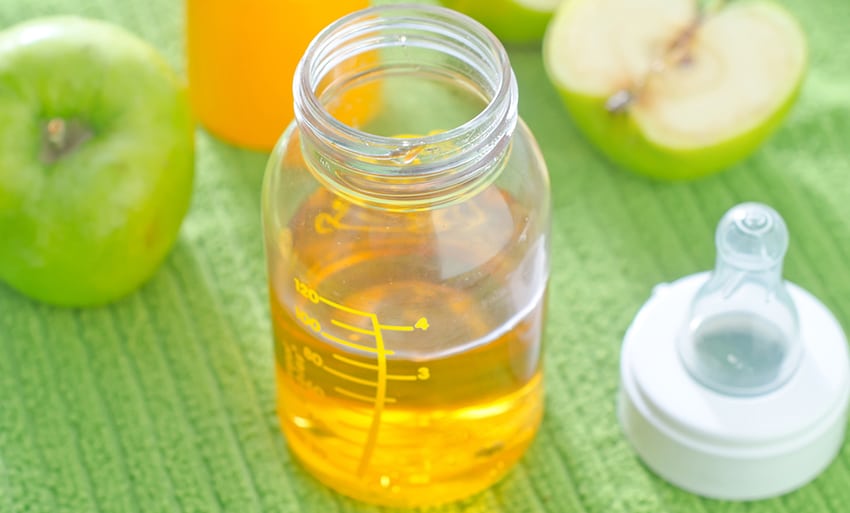 Back in 2001, the American Academy of Pediatrics published guidelines recommending that children under the age of 6 months not be given fruit juice. But this week, a new publication extended that recommendation to 12 months.

While fruit is undeniably healthy, featuring important vitamins and minerals, as well as fiber, fruit juice loses some of the most important aspects of fresh fruit. That fiber content doesn’t translate from whole fruit to fruit juice, and juices are far more likely to have high levels of sugar.

This might seem surprising, but when it comes to how many grams of sugar are in a serving, fruit juice is often right up there with soft drinks. In fact, one 2015 study suggested that fruit juice was one of the primary causes of dental erosion in children. Other research has even pointed to fruit juice as a cause of childhood obesity.

While the American Academy of Pediatrics has stated that small amounts of fruit juice (up to 4-6 ounces a day, generally) can be acceptable for older children, they have labeled fruit juice “absolutely unnecessary” for children under the age of twelve months, citing its lack of nutritional benefit.

Instead, the academy recommends that children be encouraged to eat whole fruits, and be educated on the difference between fruit juice and whole fruit in regards to health. Finger foods can be introduced to babies at around seven to eight months of age; this would be a great time to factor in fruits like berries, bananas, and melons to incorporate whole fruits into their diet starting early.

Although the AAP’s recommendations are directed primarily at children, they’re not the only ones who can be harmed by drinking too much fruit juice. A recent Washington Post article looked at the fallacious perception that fruit juice is good for us. The same issues that make fruit juice bad for children and their teeth can be just as harmful for adults.

Avoid the temptation to treat fruit juice as a health food. Don’t focus on the nutrients in fruit juice, which are significantly reduced from the nutrient content of whole fruits. Instead, consider it a treat that you should have every once in awhile, preferably with a meal to help dilute the sugar and acid content.

Of course, fruit juice isn’t the only culprit for tooth decay in children and adults. It’s important to start teaching children about oral health care early, and to ensure that teeth are being cleaned from the moment they surface.

Twice daily tooth brushing should be standard by age one, and as soon as a child has even one tooth, they’re old enough to visit a dentist. Establishing oral health habits early will help get kids into the habit of good oral health. Adults should maintain their toothbrushing habits as long as they have teeth. In fact, having kids is a good opportunity for adults to reinforce their own oral health habits and get a refresher on basic hygiene skills.

Until kids develop the fine motor skills they need to brush their own teeth (usually around six or seven years old), tooth brushing should either be done by parents, or at least be parent-supervised.

It’s never too early to start practicing good oral health. Statistics show that a staggering 42% of children ages two to eleven have had cavities in their baby teeth. If they’re already suffering from decay that early, what does that say for their future oral health prospects? Call (845) 627-7645 or contact us online to make an appointment with a Rockland County family dentist at B & D Dental Excellence.