The Fluoridation “Controversy”: Not Even a Leg to Stand on 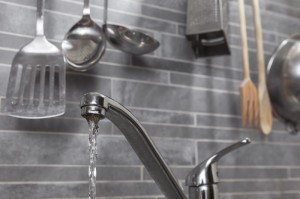 Fluoridation of water to prevent cavities has been hailed as one of the greatest public health achievements of the 20th century. So why are so many people fighting it? The inspiration for this campaign is tied to people’s tendency to believe in conspiracy theories, a way to avoid feeling powerless in the face of a world that is too large and incomprehensible for us to make sense of. But it’s perpetuated by people who flout the findings of most studies on the one hand, then embrace and promote marginal studies that they can spin into supporting their theories.

All the evidence available shows that fluoridation is effective at cavity prevention and doesn’t cause cancer, bone problems, or cognitive difficulties at the levels prescribed by current guidelines.

Fluoridation Is Effective for Cavity Prevention

There have been numerous studies undertaken since the introduction of fluoride into our drinking water, and in general, they indicate that fluoridation of water is an effective cavity prevention measure. Some estimates of water fluoridation say that it can reduce cavities in children and adults by as much as 50%. More realistic reviews suggest a cavity reduction of perhaps 25-40%, even in populations where people have access to fluoride toothpaste.

It has been estimated that for every $1 spent on water fluoridation, a community saves $38 in dental treatment.

One of the charges that’s been leveled against fluoridation is that it may increase cancer rates. However, there have been massive studies into the possible link between cancer and fluoride and these show no evidence of a link. A study conducted by the National Cancer Institute (NCI) looked at cancer death rates for 36 years and new reported cancers for 15 years, a total of more than 2.2 million cancer death records and 125,000 detailed cancer case records at the county level, the NCI found no link between fluoridation and cancer.

Another possible evil of water fluoridation is bone problems, including osteoporosis and hip fractures. However, current research doesn’t support these charges. For example, at least one study suggests that people with exposure to more fluoride are less likely to experience bone density problems. Studies have even gone so far as to look at bone density in children, ensuring that developing bones aren't being affected by water fluoridation.

Studies looking into potential cognitive problems associated with water fluoridation have yielded some results. A number of studies show that people consistently exposed to water fluoride levels in the range of 2.5 to 4 mg/L may experience some effects on cognitive ability. Though these studies are of dubious quality, the National Research Council (NRC) said they should be considered a possible sign of risk. However, since the artificial fluoridation range for water is in the 0.7 to 1.2 mg/L range, these studies aren’t relevant to community-fluoridated water systems.

The Dose Makes the Poison

While it is true that fluoride can lead to toxic exposure, so can many compounds that we depend on for our life and health. The risk of exposure depends on the level of exposure. Many of the websites and campaigns that promote the dangers of fluoridation regularly cite studies in populations with exposures far exceeding the level of artificial fluoridation. For example, this page on the impotence effects of fluoride, cites studies where exposure is three or more times the level in drinking water.

When considering the scientific evidence of toxicity, it’s important to consider the exposure or dose. When we look at the exposure levels, we see that there are real risks associated with naturally high levels of fluoride in drinking water, but little or no evidence that fluoride at recommended levels results in harm.

Another way, other than fluoride, to prevent cavities is to see a dentist. Come see us in Rockland County, so please call 845-627-7645 for an appointment at B&D Dental Excellence. We’re always happy to see you.