Family Can Be a Secret Weapon in Sleep Apnea Detection

At least 3 million Americans are thought to have obstructive sleep apnea (OSA), but millions more likely suffer from this life-threatening condition in relative silence because the most obvious symptoms occur during sleep. 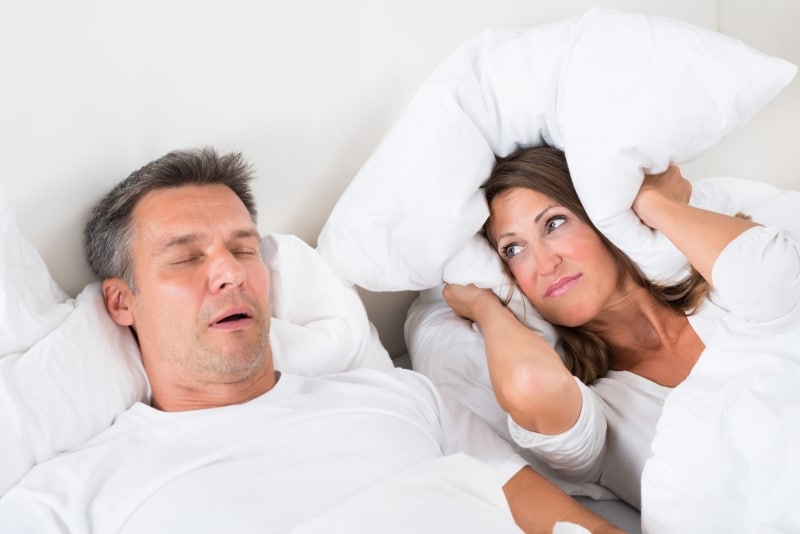 A recent news brief on the journal Sleep Review’s website reminds us that family members can play a vital role in detecting sleep apnea. The piece cites a health column about a woman who sought diagnosis for possible sleep apnea when she began to feel fatigued on a daily basis.

When she showed no other indicators of sleep apnea, her doctor asked about her husband’s sleeping habits. The patient noted that her husband snored; then she took notice of repeated instances in which his breathing stopped during sleep. Her husband was tested and found to have OSA.

Dentists and doctors who treat sleep apnea often note that a concerned spouse or other family member is responsible for encouraging the patient to seek help.

Snoring and Other Warning Signs

Snoring is the most widely reported symptom of obstructive sleep apnea. While snoring alone does not mean a person has sleep apnea, it’s a good idea to be vigilant of other symptoms if you live with a snorer.

Snoring may be accompanied by indicators that include:

The Dangers of Sleep Apnea

OSA can disrupt the sleep of entire families, but its health risks to those afflicted with it are potentially deadly. Sleep apnea limits the amount of deep sleep a person receives on a nightly basis, and the cumulative effects lead to diminished reaction time, impaired focus and difficulty remaining awake throughout the day; OSA, for example, has been linked to an increased risk for motor vehicle accidents.

The dramatic fluctuations in blood-oxygen levels that occur in sleep apnea can also contribute to a host of cardiovascular problems. Those with untreated OSA face an increased risk for heart disease, heart attack, high blood pressure and stroke.

You should talk to a loved one about seeking a sleep apnea assessment if you notice the following:

There are multiple treatment options for sleep apnea, including comfortable oral appliances designed to hold the jaw in place and promote an open air passage during sleep.

Rockland County dentist Dr. Mark Dunayer has helped many patients (and their family members) restore restful sleep with custom-made oral devices. If you or a loved one exhibits sleep apnea symptoms, please call B & D Dental Excellence at (845) 627-7645 to schedule your appointment.