Do Our Genetics Change Our Risk of Cavities? 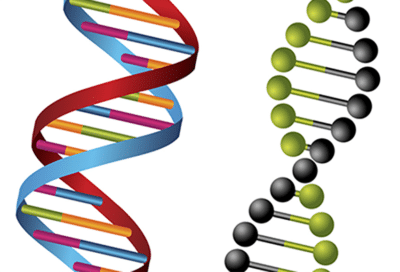 Nobody likes getting cavities. Not only does a cavity mean you’ll have to get a filling, but it also feels like a failure: “You didn’t brush your teeth well enough,” or “you ate too much sugar,” or “you haven’t been flossing.” But what if cavities weren’t your fault, after all?

Researchers have been investigating the idea of a genetic component of cavities for a while. The idea that your propensity for tooth decay could be a fluke of your biology instead of a personal failure is a tempting one, and could also offer an avenue for research to seek out better treatment and prevention for cavities based on that expanded knowledge.

How Do Cavities Form?

We’ve all heard that sugar causes cavities, or that if you don’t brush your teeth, you’ll get cavities. But how exactly does that work?

Over the course of the day, a sticky film called plaque forms on our teeth. This film essentially glues bacteria and sugars to our teeth. When we brush and floss our teeth, we’re removing plaque and the bacteria and sugars that accompany it. But if that plaque isn’t removed, it begins to harden into tartar — which only a dentist can remove.

The bacteria feed on the sugar, and produce acid. This acid eats away at the enamel on your teeth, wearing down your tooth’s defenses so the bacteria can get in: That’s what we call a cavity.

A recent study tackled the question of whether or not there is a genetic component to cavity formation. To gather data, the researchers studied pairs of twin children. They chose twins because they are likely to have received similar upbringing, which helps researchers control for the “nature vs. nurture” argument.

What they found wasn’t black and white. They did find that identical twins had more similar oral biomes (which bacteria are present in the mouth) than non-identical, which supports the hypothesis that genetics influences the oral biome. However, they also found that the specific bacteria that seemed more tied to genetics weren’t actually the bacteria that cause tooth decay. Instead, the most heritable bacteria disappear with age, so by the time we’ve reached adulthood, genetics is likely playing little to no role in the likelihood of cavity formation.

Only You Can Prevent Cavities

As tempting as it is to take oral health off of your plate and blame cavities on your genetics, research indicates that your genetics are more of a scapegoat than a cause of cavities. Instead, the best way to prevent cavities is to maintain excellent oral hygiene. This is done by brushing thoroughly twice a day with a soft-bristled toothbrush and a fluoride toothpaste, flossing daily, and making sure to see your dentist regularly for checkups and cleanings.

Looking for a dentist in Rockland County? Call (845) 627-7645 or contact us online to make an appointment for a cleaning.