The Robots Are Coming…to Clean Your Teeth!

Science fiction and media isn’t hurting for more killer robot stories. They’ve pretty much got those covered. From classics like I, Robot and 2001 Space Odyssey to more modern visions like Ex Machina and Black Mirror, we’ve been fascinated by the possibilities technology allows as well as a little bit frightened. And while we’re many years from testing whether his hypothesis holds any weight, plenty of technological advancements have got people on edge. Just because robots can be frightening, that doesn’t mean that they’re all bad.

In a recent study, in fact, scientists are testing whether tiny robots could be a viable option for cleaning our teeth. 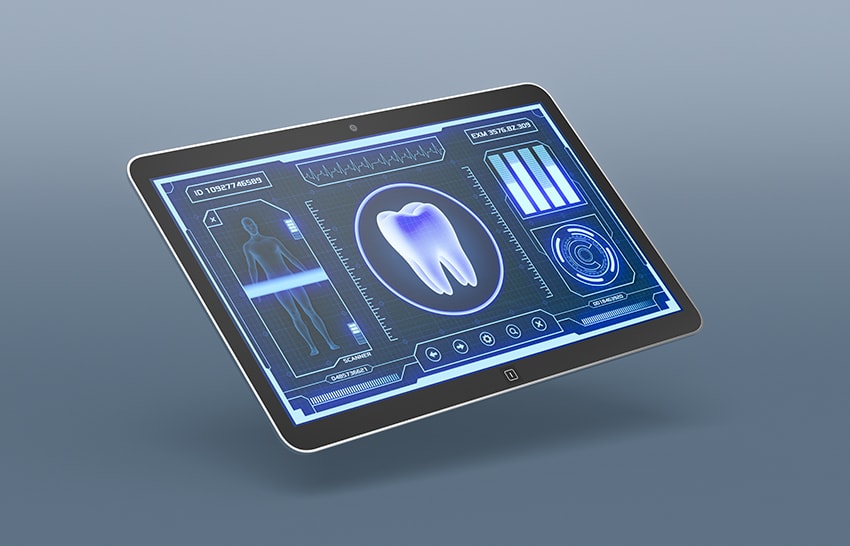 Are Dental Robots the Future of Dentistry?

Recently published in the journal, Science Robotics, a team of researchers from Penn Dental School at the University of Pennsylvania set out to test whether antimicrobial robots could aid dentists in biofilm eradication. Biofilm is that thin slimy layer of bacteria you find on the surfaces of your teeth when you haven’t brushed in awhile, and is what causes oral complications like cavities and gum disease. Brushing and flossing is currently our best method for eliminating biofilm, along with dental cleanings every six months, which clears tartar from our mouths that has hardened past to point where a tooth brush is an effective method of cleaning.

Michel Koo, one of the professors involved with the study, compared this new method of clearing biofilm to a “fish pedicure” where toothless rufa fish nibble away at dead skin cells. The idea is that instead of skin, tiny robots will be removing plaque from your teeth. This robot cleaning crew will be controlled using a magnetic field, and a dentist at the controls.

The cleaning mechanism for these robots involve suspended iron-oxide nanoparticles that generate bacteria-killing molecules that break down biofilm. The “debris” is then removed by the robots.

What the researchers demonstrated with the study was a proof-of-concept, which included showcasing the practical applications of this technology. While they’re now in the stages of optimizing for clinical application, it will be a long time before anything similar will be available to the public. In the meantime, you’ll want to make sure you’re regularly receiving dental cleanings!

The American Dental Association suggests you scheduling a cleaning every six months. This helps to eliminate tartar from your teeth, which is too hard to remove by brushing or flossing, and also helps to catch any dental complications as early as possible.

You should see a dentist every six months for regular cleanings. If you are due—or overdue—for a dental cleaning in Rockland County, please call (845) 627-7645 or email B & D Dental Excellence in West Nyack today.