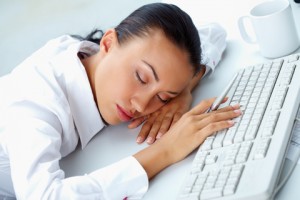 Numerous Americans fail to get the recommended seven to eight hours of sleep each night; however, until now, it wasn’t clear just how many were affected by sleep problems.

Recently, the Centers for Disease Control and Prevention classified inadequate sleep as a public health epidemic, based in part on several surveys which determined that nearly half of all adults snored, while 38 percent fell asleep unintentionally at least once per month.

Insufficient sleep can lead to all sorts of consequences, from poor work performance to physical symptoms, such as headaches and more. That said, in certain instances, it can prove deadly. According to the National Center on Sleep Disorders Research at the National Institutes of Health, of the 70 million Americans who experience sleep problems, 1,500 die or become injured each year when they fall asleep while driving.

Sleep problems can prove deadly in less obvious ways, as well. Researchers have identified a so-called bidirectional relationship between numerous medical conditions and sleep disorders, with studies showing a link between inadequate sleep and depression, hypertension, cerebrovascular and cardiovascular disease.

What Can Be Done?

Sleep problems can stem from all sorts of sources; however, many times, sleep apnea is the culprit. Fortunately, sleep apneics can find relief, when they seek help from an experienced sleep dentist, such as Dr. Dunayer. To learn about a simple sleep apnea treatment that can help you get the rest you need and deserve, contact his office today.