Broken Smiles on WWE, NFL Remind Us of Teeth’s Fragility

If you’re a fan of either the NFL or WWE, or maybe both, you’ve seen your share of broken teeth in the last week or two. And while you’re certainly less likely than a football player or pro wrestler to suffer from televised dental trauma, these incidents are still a good reminder of how fragile our teeth really are. 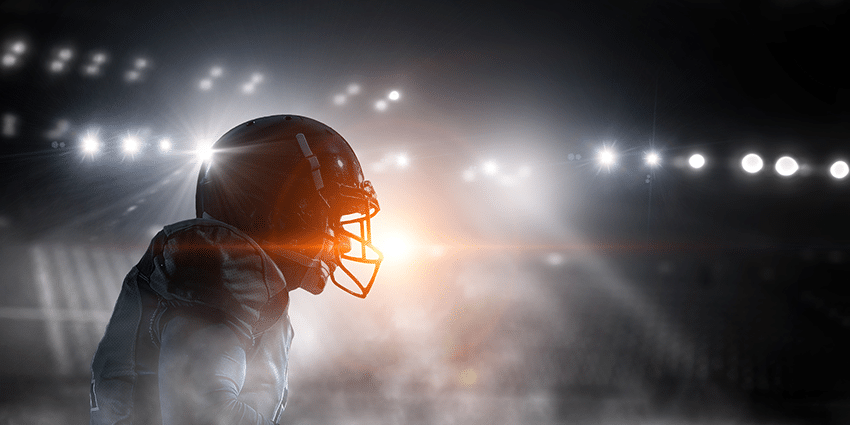 While mouthguards are optional according to NFL players’ contracts, they’re still a good idea considering how common collisions are in football. Cincinnati Bengals’ linebacker Carl Lawson learned this lesson the hard way this past weekend when he broke both of his front teeth while trying to sack Cleveland Browns’ quarterback DeShone Kizer.

Lawson described seeing his teeth suspended in the air for a moment right after they were knocked out of his mouth. “I was like, ‘Holy crap’,” he told ESPN reporters incredulously. But Lawson shouldn’t have been so surprised, considering that studies show the overall risk of orofacial injury in contact sports is nearly twice as high when the athlete isn’t wearing a mouthguard.

But Lawson wasn’t the only one cracking his front teeth on the clock in recent week. Cesaro, a Swiss wrestler on WWE, also had chunks of his smile go flying during a match last week. Cesaro was performing a classic professional wrestling move known as the “slingshot-into-the-ringpost.” While many wrestlers only mime hitting their head on the ringpost, Cesaro really committed to the move — and he paid for it with his teeth. The wrestling may be staged, but the blood all over Cesaro’s grinning face certainly wasn’t.

Luckily, both Lawson and Cesaro are able to afford a good dentist!

You may not be at risk of having your teeth knocked out or broken during a professional wrestling match or a major football game, but that doesn’t mean your teeth are safe. Enamel is the hardest substance in the human body, but it’s not unbreakable. In fact, the hardness can make it brittle to sudden trauma. The strength of teeth is oriented in the direction of bite force, which makes them vulnerable to lateral trauma. When you’re playing sports that put your teeth at risk, such as basketball, football, martial arts, hockey, or boxing, a mouthguard can help protect you from dental trauma.

Of course, it isn’t just trauma that puts your teeth at risk of breaking. Poor dental hygiene can allow decay to weaken your teeth, making it possible for them to break on something as harmless as a potato chip or a handful of trail mix.

Some breaks are minor and result only in cosmetic concerns, while others are painful and could even expose you to dangerous infection. The general rule of thumb is: If you, like Cesaro, see blood, it’s important to see your dentist as soon as possible to have the damage evaluated and learn about your options. Also see your dentist if the tooth is sensitive or painful after the injury.

A little chip might only need dental bonding to correct it, whereas a larger break may require a root canal and a dental crown to fully solve the problem. If you have a broken tooth in Rockland County, you need an experienced cosmetic dentist. Call (845) 627-7645 or contact us online to make an appointment.