Athletes have a track record for damaged teeth caused by the activities they participate in. Mouth guards are required in a number of events now, but they can only protect teeth from damage caused by impacts. A dental clinic set up for the 2012 London Olympic Games found that athletes may be more likely than the general populace to suffer from tooth decay and gum disease. Intense training regimens could play a huge roll in these oral health problems.

Findings at the 2012 London Olympics 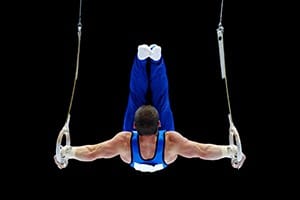 The dental clinic at the 2012 Olympics had 1,900 visits over the course of the games. A study that looked at 278 of these patients found that 55 percent had cavities, and more than three quarters suffered from gum disease. More serious periodontitis was found in 15 percent of these patients. One quarter reported that their oral health negatively impacted their quality of life.

The number of cases studied was a relatively small sample. More inclusive studies are needed in the future to definitively say that Olympic athletes are more likely to have poor oral health, but this is a good starting point. In general, athletes may run a higher risk of tooth decay depending on their training habits. The frequent use of energy drinks by many athletes as a performance-booster, for example, damages tooth enamel because energy drinks are often acidic and high in sugar.

Many athletes also consume energy bars, which are also high in sugar. If energy drinks have already damaged the enamel, the sugar in these bars will contribute to rapid tooth decay. Even without energy drinks, an athlete could have weaker enamel due to dehydration. Excessive sweating can cause dehydration, which leads to lower saliva production in the mouth. Saliva is important for the health of enamel and without it, enamel can become thin and is more easily damaged.

British rower Alan Campbell nearly missed the 2008 Beijing Olympics thanks to an untreated abscess under a wisdom tooth. The infection spread from the pocket under his tooth down into his shoulder. From there, it moved down his back and eventually found its way into his right knee and required surgery. The whole ordeal disrupted his training and left him weekend just two weeks before the games.

Campbell took home fifth in the Olympic single-sculls that year. He reported that he felt he could have placed better if he had not gotten the infection so close to the big event. Ever since this incident, Campbell has been taking routine care of his teeth. He flosses more regularly, and often replaces sugary energy drinks with water when he trains. His awareness of his oral health has changed significantly since 2008, and he feels like tooth care is a big part of his life now. His efforts seem to be paying off. He took home bronze just four years later at the London Games.

He isn’t alone in recognizing the impact poor oral health can have on training. Some Olympic coaches are prioritizing dental care to make sure it doesn’t interfere with their readiness to compete.

Taking Care of Your Teeth

Waiting until a tooth ache becomes a severe problem is not unique to Alan Campbell and other Olympians. Many people would rather have bad teeth removed when the pain becomes unbearable instead of worrying about smaller tooth pain. Although dental implants can be used to replace teeth with advanced decay, it is better to preserve your natural tooth whenever possible. Allowing tooth decay to progress to the point that the tooth must be removed may also put you at risk for gum disease. Scheduling regular dental cleanings and keeping up your oral health by brushing and flossing every day can help keep your mouth healthy.

Keeping on top of your oral care before significant problems develop is important. If you develop a toothache or sensitivity to heat and cold, don’t wait. Catching problems early can help you preserve your smile. Please call 845-627-7645 for an appointment at B & D Dental Excellence in West Nyack.